Merrick Binch is a busy Estate Agency in Coventry. Established in 2009 by Trevor Binch and Claire Merrick, the business has now grown and employs a large team.

Back in 2009 when the business was launched, BT was instructed to install 2 telephone lines and at the time this was an ideal solution. However the business soon grew and 2 phone lines were no longer sufficient. A local Telecoms company came in to provide advice on upgrading to a more flexible system and they recommended moving to a hosted phone system, which was installed and initially this worked well until the team grew even further to 10+ members of staff.

This is when the problems started, the most challenging one being the fact that phone calls were cut off after exactly 5 minutes for no apparent reason.

MD Trevor Binch explains, “Initially we were happy with the phone system and it seemed to solve all our problems, however it soon started to create an even great problem, with phone calls being cut off.

The Telecoms Company we were dealing with at the time denied there was a problem, but we carried out our own tests which proved this problem existed. We were losing business as potential vendors became frustrated when calls were ended so abruptly and it also restricted our sales process and impacted negotiations.

I like to remain loyal to my suppliers, but not when their level of service starts to affect my business. That’s when we were introduced to HBT”

Following on from a comprehensive survey of Merrick Binch, HBT recommended installing a Panasonic phone system. This would provide the business with a robust and flexible communication tool.

A Panasonic telephone system comes with a variety of features and benefits and these can be adapted to suit the exact needs of the business.

For a free telephone consultation to find out more about a Panasonic telephone system and how it can improve how your business works, call us today on 02476 867 422

HBT visited Merrick Binch’s office and carried out a detailed survey. A full assessment of the business’ requirements were taken down, ensuring that the specification for a new phone system would be flexible and future proof, adapting to the business needs as it continued to grow.

A hosted Panasonic system was proposed and agreed upon; the next challenge was to carry out the upgrade smoothly with minimum disruption and downtime of the phone system.

The service engineer’s first job was to install the cabling as Trevor Binch explains, “The service team worked so efficiently to ensure the cabling was installed neatly, working around us here at the office and allowing us to continue with the day to day running of the business.”

Once the cabling was installed HBT’s engineers came in over the weekend to switch over to the new phone system so that on the Monday morning when everyone came into work they had a fully functioning phone system.

Trevor Binch continues “The new phone system is not only flexible, it saves me money. Previously my monthly phone bills were around £1000 per month. Now they are only £400 per month, a huge saving of 60%”

I would definitely recommend HBT. I am really chuffed with our phone system and the substantial monthly costs savings are an added bonus

State of the Art Technology for Midlands Golf Club 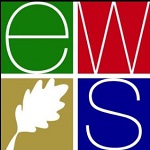